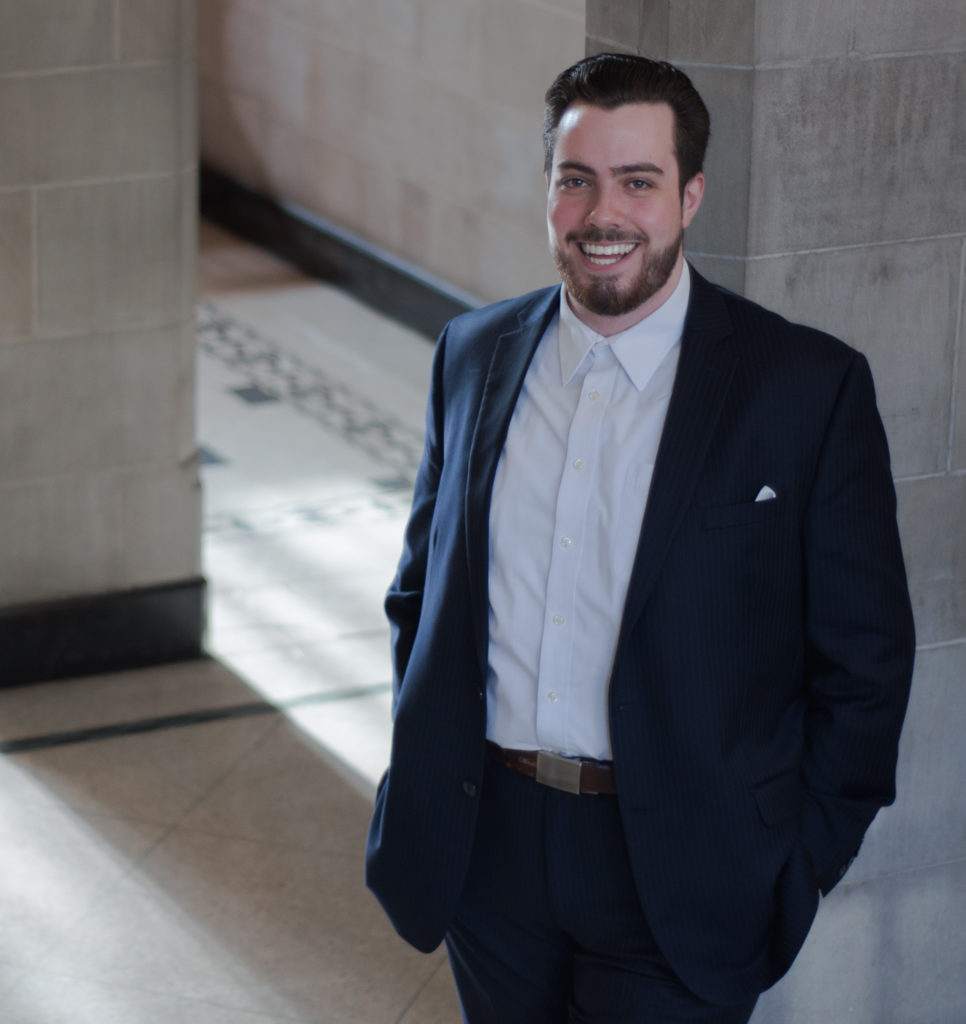 Alexander Bowie is a recent graduate of the University of Toronto Voice Performance program, and has been featured in opera and concert across Ontario. Regularly appearing with University of Toronto Opera, he most recently performed the role of Dick McGann in Weill’s Street Scene (2019), which was described as “beautifully sung and fabulously danced with plenty of flair” (Ludwig Van Toronto).  On the concert stage, Alexander has performed as the bass soloist in several works including Fauré’s Requiem, Charpentier’s Messe des Morts, Bach’s Cantata 79, Ronald Beckett’s These Are Thy Glorious Works and the Toronto premiere of Allan Bevan’s “Last Light Above the World”. In the fall, he will be appearing as the bass soloist in Beethoven’s Choral Fantasy alongside the Toronto Korean Canadian Choir.  Alexander is thrilled to join Arcady for their upcoming season. When he is not singing, you can find him in the basement of Knox College where he works as a Recruitment Officer for the University of Toronto.

Charles Demuynck has guest conducted extensively in Europe and the U.S., and with the following Canadian orchestras: Orchestra London, Mississauga Symphony, Oshawa-Durham Symphony, Prince George Symphony, Cathedral Bluffs Symphony, Etobicoke Philharmonic, National Academy Orchestra, Royal Conservatory New Music Ensemble, Lethbridge Symphony, and the North York Concert Orchestra. His CD of Beethoven’s Symphony #8 and Brahms’ Piano Concerto #2 with pianist Garnet Ungar and the Varna Philharmonic was released in 2002 on the Americus label. His previous posts include: Music Director of the Brampton Symphony Orchestra, Oakville Chamber Orchestra; Assistant Conductor of the Knoxville (TN) Symphony, Music Director, Natchitoches-Northwestern Symphony Orchestra (LA), Director of Orchestras at the University of Evansville (IN), and Conducting Apprentice of the Hartford Symphony. He is the founding conductor of Masterworks of Oakville Chorus and Orchestra, which is dedidicated to oratorio performances. Charles holds a doctorate in conducting from the Hartt School in Hartford, Connecticut. He also holds conducting degrees from the Peabody Conservatory of Music in Baltimore, and the University of Toronto. His Of what use is love if not for loving was premiered by Arcady on April 22, 2007 – the same day as the premiere of his work Exuberant for trumpet and piano with Robert Venables. Charles is currently Music Director at St. Andrew’s Catholic Church, Oakville. He began singing with Arcady in 2005. 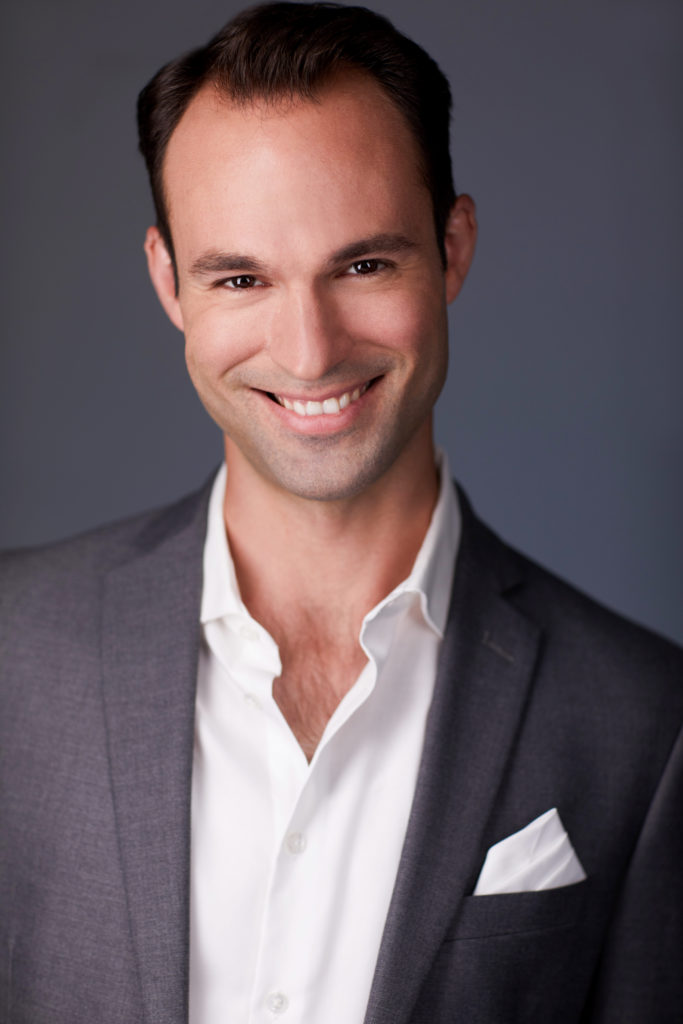 Kyle Guglielmo, baritone, is thrilled to join Arcady for the Fall 2019 Season.  Audiences may have seen him this year singing the bass solo in Haydn’s Creation with Chorus Hamilton or as the soloist at St. Jude’s Celebration of the Arts Winchester Preview Concert in May.  2020 sees Kyle debuting in Ottawa as Masetto in Don Giovanni Trionfante and as Achilla in Giulio Cesare with OperOttawa, as well as a return engagement with Chorus Hamilton as the bass soloist in Beethoven’s Mass in C Major.  Career highlights include the Celebrant in Celebrations from MASS (Bernstein) at Carnegie Hall and Curly in the University of North Carolina School of the Arts recreation of the 1943 production of Oklahoma! He has sung with Sarasota Opera, the Princeton Festival, American Opera Projects, and Piedmont Opera, and recently joined the St. Jude’s Oakville Anglican choir in residence at Winchester Cathedral, where he sang as a bass soloist and cantor.

Kieran Kane is a baritone living in Guelph, Ontario and originally from Kingston. He maintains a busy schedule performing, teaching voice and piano and, most recently, doing orchestral conducting and vocal coaching in local musical theatre productions. Kieran has participated in the Arcady Young Artist Programme and the National Youth Choir of Canada and regularly competes in festivals in the area. Recent honours include: 2nd place – 2016 ORMTA Young Artist Competition and Honourable Mention – 2016 Kiwanis Festival Provincial competition in the Post-Secondary category. Kieran holds an Honours B.A. in Music and English from the University of Guelph. When not singing, conducting, or teaching, Kieran enjoys cooking, running, reading, and cycling.

Richard Hrytzak most recently appeared in Opera Atelier Toronto’s productions of Purcell’s Dido & Aeneas, Handel’s Alcina, Mozart’s Abduction from the Seraglio, and The Magic Flute. Other recent appearances have been with Nota Bene Baroque Players, Arcady Ensemble, Elora Festival Singers, Kitchener-Waterloo Symphony, Toronto Mendelssohn Singers, Boris Brott and the National Academy Orchestra. Coming up in 2017 Richard will be performing with Spiritus Ensemble’s B Minor Mass by J.S.Bach. Richard studied voice at the University of Ottawa, in Kitchener with Victor Martens, and at the Tafelmusik Summer Baroque Institute.

Kirk Lackenbauer began his vocal training with renowned Canadian baritone Theodore Baerg prior to attending Wilfrid Laurier University. While studying for his Honours Bachelor of Music degree in vocal performance, Kirk‘s principal voice teachers were David Falk and Victor Martens. Kirk has extensive choral and solo experience with various local orchestras and choirs such as the Renaissance Singers, Arcady, the John Laing Singers, and the Kitchener-Waterloo Philharmonic. He has performed leading roles in several musicals such as Evita, Fiddler on the Roof, Into the Woods, and the role of Bob in The Old Maid and the Thief in Montpellier, Marseille, and Avignon France. Kirk is currently a member of TACTUS, a professional eight-voice vocal ensemble with repertoire ranging from the early Renaissance to premiere performances of 21st century music. Kirk has performed concerts at Toronto’s Hummingbird Centre, at the Guelph Spring Festival, and several radio broadcasts for the CBC. He has collaborated with many distinguished groups including the Toronto Bach Consort, The Penderecki String Quartet, the Arbour Oak Trio, and the Kitchener-Waterloo Symphony Pops Orchestra. Kirk currently resides with his family in Waterloo. 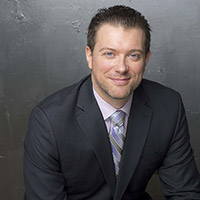 Olivier Laquerre is a laureate of the Paris and the Verviers (Belgium) international voice competitions, and has been in great demand as a soloist since winning the Joseph-Rouleau Award (First Prize) at the Jeunesses musicales voice competition.  In concert, he regularly sings Handel’s Messiah, Bach’s Magnificat and St.Matthew Passion, as well as Beethoven’s 9th Symphony. Mr Laquerre has sung with the Tafelmusik Baroque Orchestra, the Quebec, Montreal, Trois-Rivières, Nova Scotia, Newfoundland and Milwaukee symphony orchestras, and many vocal ensembles from North America. He is a regular guest soloist at the Boston Early Music Festival, with whom he has recorded 3 CD’s under the CPO label (Germany).  On stage, his roles include Escamillo in Carmen, Papageno in Die Zauberflöte, Arbace in Mozart’s Idomeneo, Achillas in Handel’s Giulio Cesare, Pluto in Monteverdi’s Orfeo, Ottone in Monteverdi’s L’ Incoronazione di Poppea, Oronte in Charpentier’s Médée, both Céphée and Méduse in Lully’s Persée, Andrei Shchelkalov in Boris Godunov, Haly in L’Italiana in Algeri, Angelotti in Tosca and the Messenger in Stravinsky’s Œdipus Rex. www.olivierlaquerre.com 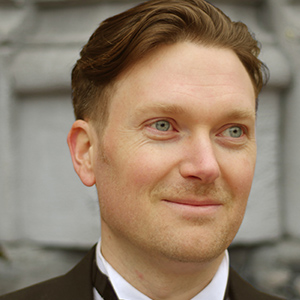 Graham Robinson is a bass-baritone hailing from Vancouver Island, British Columbia. Receiving his Bachelors of Music in Voice at the University of Victoria, Mr. Robinson studied under Dr. Bruce More, Alexandra Browning, and Susan Young. Graham Robinson is warmly and widely known for his “character-sensitive” approach to performance and an unyielding pursuit of “concise artistic communication”. With a background in theatre and film as well as decades immersed in Baroque and contemporary music, he is regularly featured with Tafelmusik, Soundstreams, St James Cathedral Choir, The Elmer Iseler Singers among many others throughout Canada.

Bill Schatz began his music career early, with organ, piano and voice lessons under Harry Urstadt. Before attending the University of Western Ontario, Bill’s music studies had taken him to England, Scotland, Wales, Germany, Austria, Switzerland, Japan, and many parts of the USA and Canada. He has done CBC and CTV recordings with the Cambridge Kiwanis Boys Choir, and the K-W Symphony, as well as CD recordings with the CKBC, the Renaissance Singers, Arcady, and the Brott Festival Choir. He has appeared as a solo performer with these groups, as well as the Grand River Chorus (Brantford), and the choirs of the University of Guelph. Bill served as the Musical Director for the Kitchener-Waterloo Singers, an amateur choir in the KW area from 2001 to 2009, including their 60th anniversary celebrations in 2008. As a high school music teacher, Bill spent 6 years as the Band Director at McKinnon Park Secondary School in Caledonia, where he took his concert bands to Chicago, Washington and Boston. He is currently the Department Head of the Arts at Pauline Johnson Collegiate & VS in Brantford. Continuing his role as a conductor, Bill is the Artistic Director of the 45 voice Brant Men of Song, as well as the 40 voice Brant County Singers, an all female chorus. He and his wife Emily make their home in Caledonia with their children, Andrew and Emma.

John Van Maanen has been a baritone soloist for Arcady since its founding, and is regularly featured in their annual performance of Handel’s Messiah. He has also been involved as narrator in two recent productions of sacred operas composed by Ronald Beckett. John is a member of the Senior Choir of St. James United Church in Simcoe, occasionally serving as relief organist there. He has also performed lead roles in several productions of Gilbert and Sullivan operettas by The Wandering Minstrels of St James. Mr. Van Maanen pursued musical studies at the University of Western Ontario, earning a Bachelor of Music degree (Honours Music Education) in 1991, and a Master of Music degree (Honours in Vocal Literature and Performance) in 1993, under the tutelage of Professor Susan Bingemann-Ambrose. He maintains a studio in Simcoe. John has a fast-growing catalogue of church anthems to his credit. He has had hymns published in several hymnals. His setting of the Let all mortal flesh keep silence was recently published by Oxford University Press.

Michael York is a native of California and a recent resident of Canada. He has been seen most recently as Rev. Chasuble in Toronto Operetta Theater’s premiere of Earnest, the Importance of Being and Summerworks Festival production of Flux by Glen Buhr. Other recent roles have included Don Pantaleone in Die Drie Pintos and Allazim in Zaide, both with Opera in Concert in Toronto. He has also performed the role of Papageno in the Guelph Symphony’s staged performance of Mozart’s The Magic Flute. Michael is originally from the San Francisco Bay Area where he sang with Opera San Jose, West Bay opera, Donald Pippin’s Pocket Opera, Livermore Valley Opera and Opera Stelle le Ciel. Michael attended graduate school at the University of Illinois where he sang the roles of Danilo in The Merry Widow, The Count in Le Nozze Di Figaro and the title role in Sweeney Todd. He also sang the roles of Phorbas and Le grande prêtre in the North American premiere of George Enescu’s Oedipe with Sinfonia da Camera in Illinois. Michael has appeared as a soloist with the Elora Festival Singers, the Cellar Singers, Arcady, the Millikin-Decatur Symphony and the Bach Artists of Champaign-Urbana in Illinois. Before moving to Toronto, he was a member of the voice faculty at Millikin University in Illinois where he taught voice and directed for the opera program. Mr. York is also the baritone soloist at Timothy Eaton Memorial Church in Toronto.